SEATTLE (AP) — Multiple people opened fire outside a McDonald’s in the busiest part of downtown Seattle during the evening commute Wednesday, killing one person and wounding seven others, police said.

Seattle Fire Chief Harold Scoggins said authorities began receiving calls of multiple gunshot victims at about 5 p.m. One person was found dead and five others were taken to Seattle’s Harborview Medical Center by fire and medical personnel, he said.

The person who died was a woman approximately 40 to 50 years old, fire officials told the Seattle Times.

Hospital spokeswoman Susan Gregg and fire officials said later Wednesday that a total of seven people were being treated at a hospital for gunshot wounds. An approximately 55-year-old woman was in critical condition, a 9-year-old child was in serious condition and five men were in satisfactory condition.

Police Chief Carmen Best said based on video from the scene, multiple people fired weapons after a dispute outside a McDonald’s. Police including homicide and gang units were investigating, she said. No arrests have been made.

Forty-year-old Samantha Cook said she was refilling her transit card in a nearby station when she heard gunfire. “I was on the first set of escalators,” Cook told the newspaper. “There were a lot of gunshots that started going off — maybe 10 or 11. It was just rapid fire.” 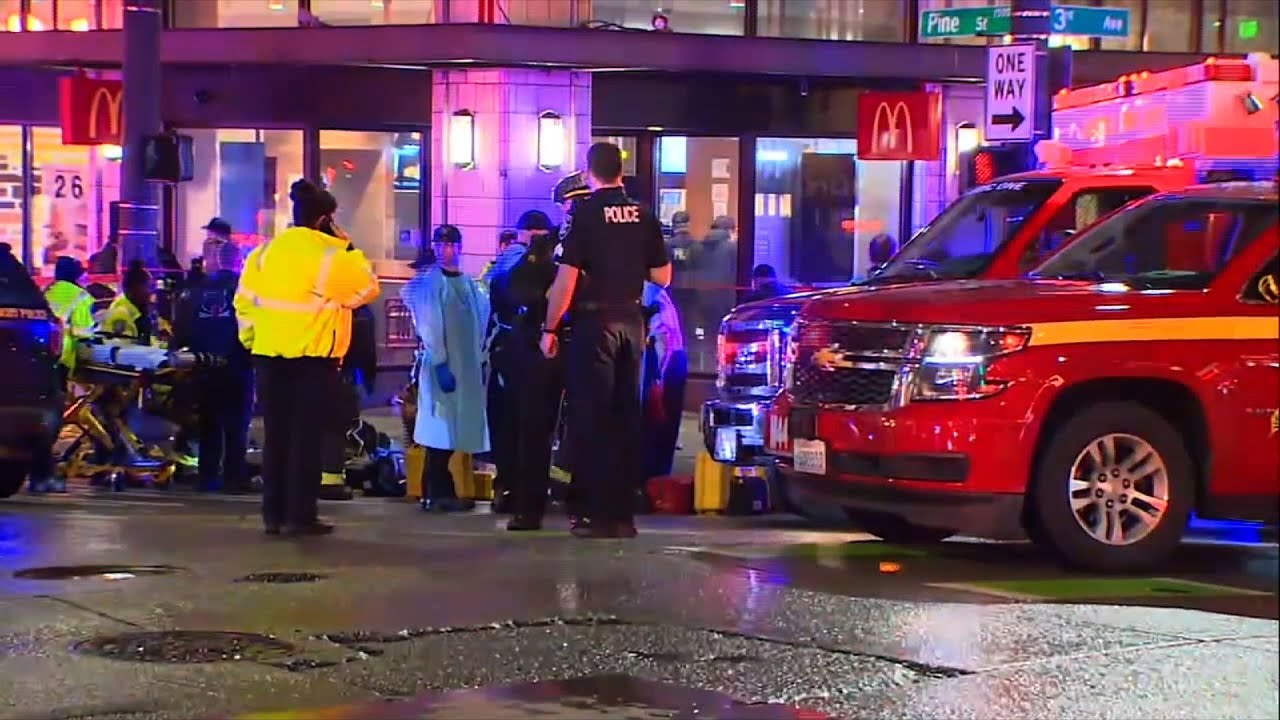 Tyler Parsons told the Times he was was working near the scene when he saw people drop to the ground. People took cover behind the register where he worked. “Terrifying it’s so close,”′ he said.

It’s the third downtown Seattle shooting in two days. Police found a man with a gunshot wound in a mall stairwell Tuesday, and he later died at a hospital. Police shot a person in another area of downtown Seattle earlier on Wednesday.

Washington Gov. Jay Inslee said in a statement that he was “horrified and dismayed to hear about the shooting in Seattle tonight. We grieve for the one individual confirmed dead in the shooting, and wish a full and speedy recovery to those who were injured.”

Highway 11 between Pendleton and Milton-Freewater closed due to crashes, debris

Two suspects in theft at Ranch & Home in Kennewick

Heavy winds cause semi-truck to crash in Umatilla Co.

Highway 11 between Pendleton and Milton-Freewater closed due to crashes, debris