The liver is known for its ability to regenerate. It can completely regrow itself even after two-thirds of its mass has been surgically removed. But damage from medications, alcohol abuse or obesity can eventually cause the liver to fail. Currently, the only effective treatment for end-stage liver disease is transplantation.

However, there is a dearth of organs available for transplantation. 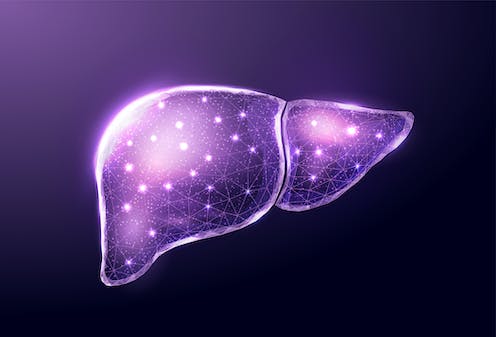 Tylenol overdose is one of the leading causes of liver injury requiring liver transplantation. Elena Merkulova/iStock via Getty Images

But what if, instead of liver transplantation, there were a drug that could help the liver regenerate itself?

I am the founding director of the Pittsburgh Liver Research Center and run a lab studying liver regeneration and cancer. In our recently published research, my team and I found that activating a particular protein with a new medication can help accelerate regeneration and repair after severe liver injury or partial surgical removal in mice.

The liver performs over 500 key functions in your body, including producing proteins that carry fat through the body, converting excess glucose into glycogen for storage and breaking down toxins like ammonia, among others.

Liver cells, or hepatocytes, take on these many tasks by a divide-and-conquer strategy, also called zonation. This separates the liver into three zones with different tasks, and cells are directed to perform specialized functions by turning on specific genes active in each zone. However, exactly what controls the expression of these genes has been poorly understood.

Over the past two decades, my team and other labs have identified one group of 19 proteins called Wnts that play an important role in controlling liver function and regeneration. While researchers know that Wnt proteins help activate the repair process in damaged liver cells, which ones actually control zonation and regeneration, as well as their exact location in the liver, have been a mystery.

To identify these proteins and where they came from, my team and I used a new technology called molecular cartography to identify how strongly and where 100 liver function genes are active. We found that only two of 19 Wnt genes, Wnt2 and Wnt9b, were functionally present in the liver. We also found that Wnt2 and Wnt9b were located in the endothelial cells lining the blood vessels in zone 3 of the liver, an area that plays a role in a number of metabolic functions.

To our surprise, eliminating these two Wnt genes resulted in all liver cells expressing only genes typically limited to zone 1, significantly limiting the liver’s overall function. This finding suggests that liver cells experience an ongoing push and pull in gene activation that can modify their functions, and Wnt is the master regulator of this process.

We then decided to test whether a new drug could help recover liver zonation and regeneration. This drug, an antibody called FL6.13, shares similar functions with Wnt proteins, including activating liver regeneration.

Over the course of two days, we gave this drug to mice that were genetically engineered to lack Wnt2 and Wnt9b in their liver endothelial cells. We found that the drug was able to nearly completely recover liver cell division and repair functions. 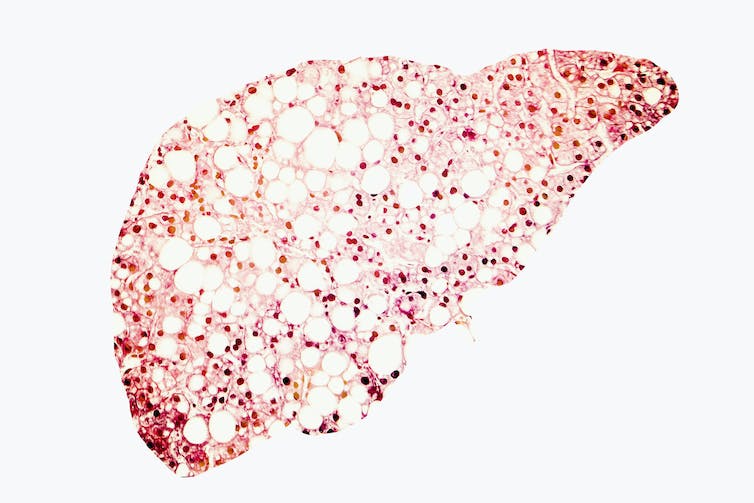 Lastly, we wanted to test how well this drug worked to repair the liver after Tylenol overdose. Tylenol, or acetaminophen, is an over-the-counter medication commonly used to treat fever and pain. However, an overdose of Tylenol can cause severe liver damage. Without immediate medical attention, it can lead to liver failure and death. Tylenol poisoning is one of the most common causes of severe liver injury requiring liver transplantation in the U.S. Despite this, there is currently only one medication available to treat it, and it is only able to prevent liver damage if taken shortly after overdose.

We tested our new drug on mice with liver damage from toxic doses of Tylenol. We found that one dose was able to decrease liver injury biomarkers — proteins the liver releases when injured — in the blood and reduce liver tissue death. These findings indicate that liver cell repair and tissue regeneration are occurring.

Reducing the need for transplantation

My team and I believe that improving the liver’s ability to repair itself could help circumvent the need for transplantation. Further study of drugs that promote liver regeneration may help curb the burden of liver disease worldwide.